FACE BEHIND THE WORKSPACE | WITH CAROLINE DONAHUE ‘There’s a book in all of us’ — or so the saying goes. For some, the act of penning a novel comes naturally, but for others a little encouragement is required. Enter Caroline Donahue. The Berlin-based co-author of the anthology ‘I Wrote it Anyway’, creator and host of The Secret Library Podcast and writing teacher to aspiring novelists all over the world also happens to be a big fan of Mark+Fold.

When ordering her Mark+Fold Diary, she always requests edition number 42 (because according to Douglas Adams, this is the answer to Life, the Universe and Everything). With this in mind, we decided to find out more about Caroline’s writing desk non-negotiables and uncover how she juggles her podcasting responsibilities, multiple cat ownership and writing career.

WHAT'S THE BEST WORKSPACE YOU'VE EVER HAD?
Prior to Covid, I had membership to the Staatsbibliothek in Berlin. It’s the one in the Wim Wenders film, Wings of Desire. It was like going into a vault where everything inside was very orange, including all the upholstery. The atmosphere was completely silent and policed in such a way by the librarians, that you had a feeling that you might be stabbed (or something!) if you spoke out loud. Oddly enough, this was why I loved it. Pure silence is something I enjoy, and at the time I was working on a draft of my novel, so I’d go there and find I could write 1500 words in an hour, because the peace meant I was totally focused. 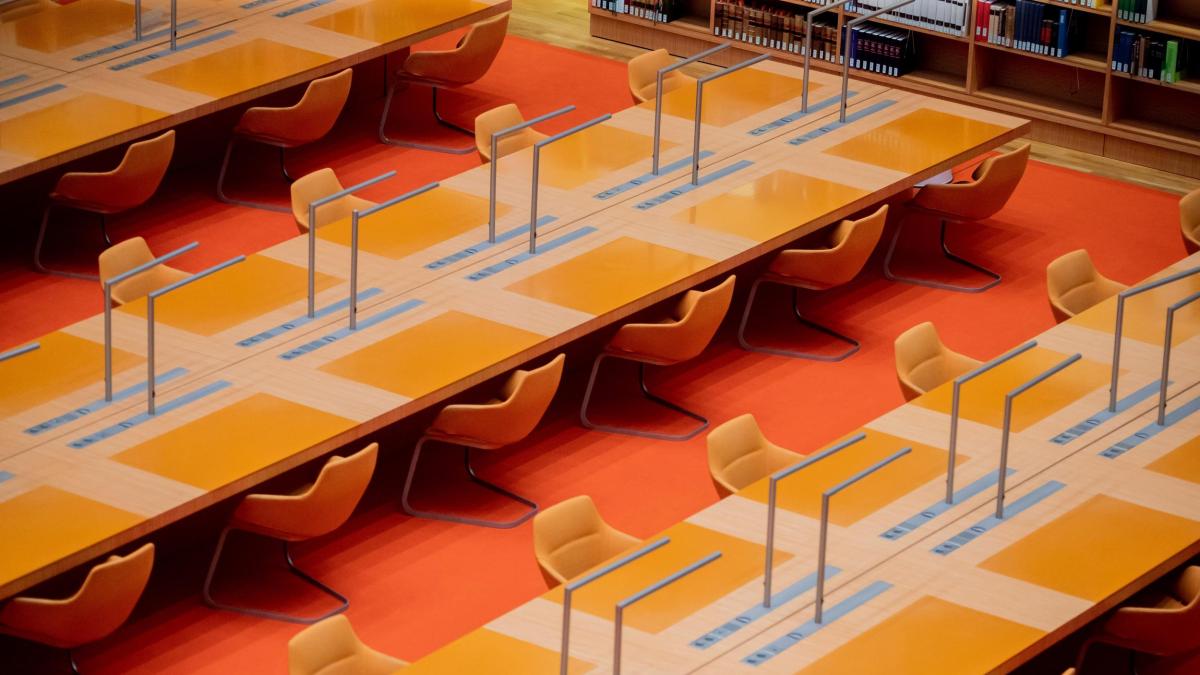 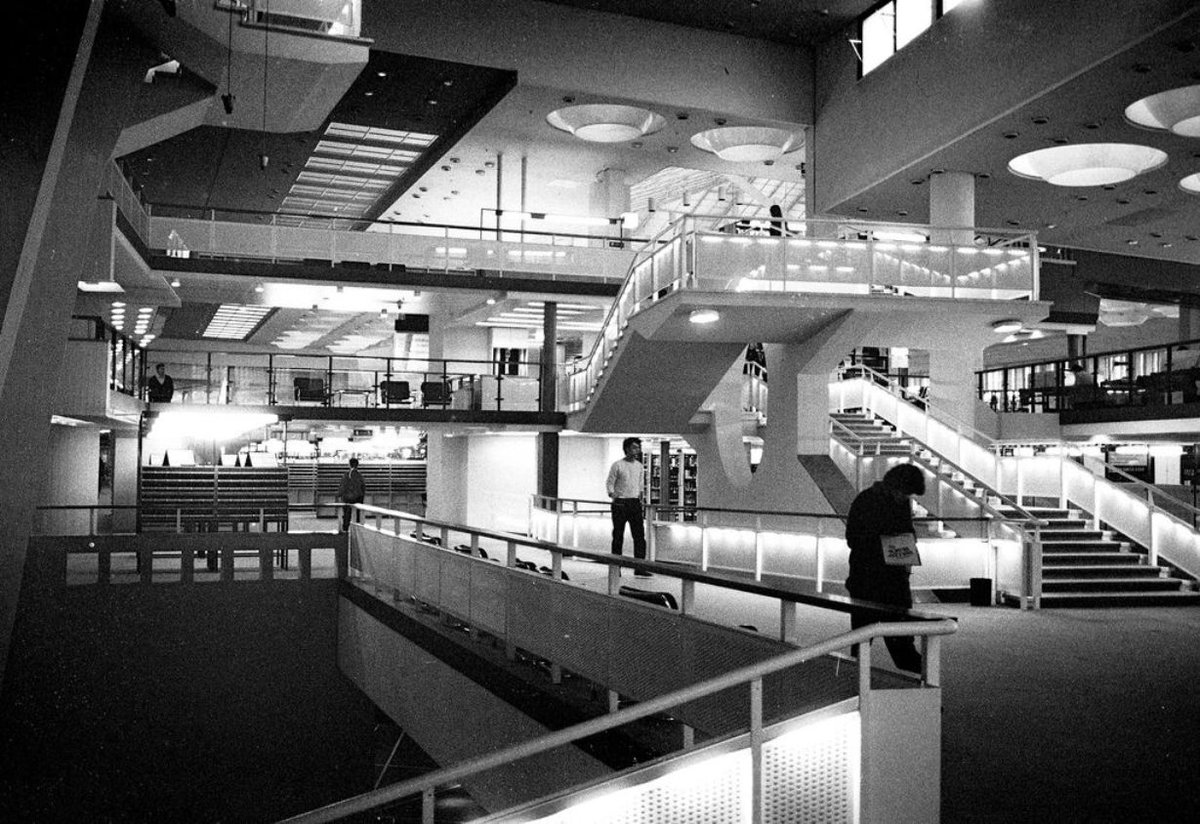 THE BUILDING IS ON FIRE — WHAT SINGLE ITEM DO YOU GRAB FROM YOUR DESK?
Probably my photographs. I have a polaroid of my husband, and a photograph of me aged nine - which I keep on my desk as a daily reminder to stop criticising myself and show the grown-up Caroline a little more self-love.

WHAT IS YOUR STATIONERY GUILTY PLEASURE?
I love to fill my fountain pens with Diamine Shimmer Ink. It makes my inner nine year old so happy! One of them is called ‘Cocoa Shimmer’, which kind of looks like liquid gold - it’s so satisfying to use. Using glittery ink makes things feel more important when I write them, but don’t worry, I always rinse the nibs afterwards!

WHICH TIME OF DAY DO YOU FEEL MOST PRODUCTIVE?
I would say it changes, but mostly I’m a morning person. I’m not one for 5am starts, so I wake around 7am and I’m at my desk with a coffee by 8.

WHAT HELPS YOU CONCENTRATE?
My husband and I have a few too many cats, so if there’s one sleeping on my lap I don’t have the heart to displace them. It works well because as long as they’re snoozing I’ll keep writing so as not to disturb them. 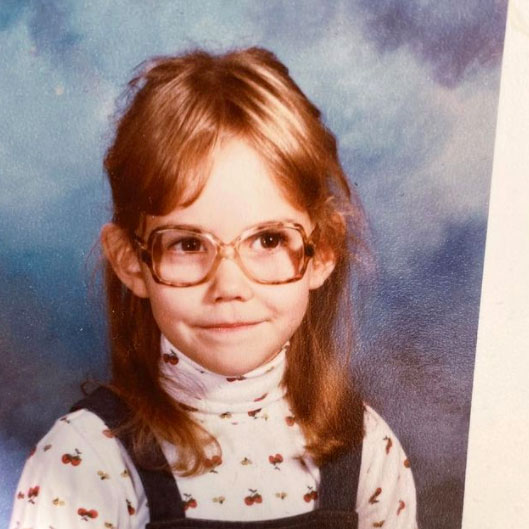 Caroline's photograph of herself aged 9, which sits on her desk

DO YOU HAVE A SOUNDTRACK TO YOUR WORKSPACE?
I’ll often have music on while I’m writing because it helps me to think about the atmosphere I’m trying to create with my writing. I can’t write if I can hear music with lyrics, it’s too distracting, so I tend to play instrumental tracks instead. Occasionally, I’ll be writing a particular paragraph and I’ll find myself thinking about a scene in a film that shares a similar mood to what I’m trying to convey, so I’ll play the score to help get me into the right writing zone.

IS THERE A FAVOURITE WORKSPACE SMELL THAT HELPS YOUR CREATIVITY?
I’m a big fan of scented candles. The Californian P.F. Candle Company ones are a real favourite as well as the ones made in Scotland from Our Lovely Goods, who are based in Aberdeen. They have a scent called 'The Old Library', so it goes without saying that I have to use it. It’s a blend of teakwood, honeysuckle and amber.

WHAT INSPIRES YOU?
Beautiful writing. I’ve had to get over this obligation to finish every single book I start. Reading a great book feels like taking a healthy dose of vitamins - it makes me feel excited and inspired, so I keep going. But if it doesn’t, or if it’s doing the opposite, then I have to set it aside, sometimes for the moment, sometimes forever.

WHAT FRUSTRATES YOU?
Intrusive noise that’s out of my control. Like honking horns in the street or things I can’t muffle out with my headphones (I have multiple types for this particular purpose). Oh, and a bad internet connection!

WHAT'S YOUR EARLIEST MEMORY OF PAPER?
Oh yes, I know it exactly! I had this fantasy when I was a little girl that I was going to be a lawyer. I think this was because my dad used to make notes on yellow legal pads. He wasn’t a lawyer, but the type of notepads he’d buy were called ‘legal pads’ for some reason… Of course, I was too young to write properly, but I would just scribble dramatically on a legal pad feeling like I was doing something wonderfully glamorous and important. It made me feel very special.

AS A CHILD, WHAT DID YOU WANT TO BE WHEN YOU GREW UP?
I think I had different things that I was interested in. As I mentioned previously, I wanted to be a lawyer because, in all honesty, there was so much good stationery attached to it! I also went through a phase where I would compulsively take all of the paper in the house and create little booklets with decorated front covers; so I suppose the dream of being a bookbinder was also there. I think librarian was part of the mix too. Aside from that, I had a fantasy radio show which I made as a precursor to the podcast. It existed only in my grandmother’s powder room. I would hide in there and pretend I was hosting a show on NPR.

WHAT CAREER ADVICE WOULD YOU GIVE TO YOUR TEENAGE SELF?
Don’t judge your first drafts. Don’t feel like everything has to be perfect. I think I abandoned a lot of projects, feeling like they weren’t good enough, when really, they were perfectly adequate first drafts. But I was expecting everything to be right the first time, which of course, nothing ever is.

WHAT ASPECT OF YOUR WORK ARE YOU MOST PROUD OF?
I think helping people to feel permission to write if they have an impulse to do so. A lot of people have this desire to write but feel like they’re not qualified. ‘I’m not a real writer’ is something I hear a lot from students, but we don’t really know what that means. I think we’re missing out on a lot of stories that we would love to read. Just because people feel like they’re not allowed to tell them. And I think I think they should take the risk if they can. 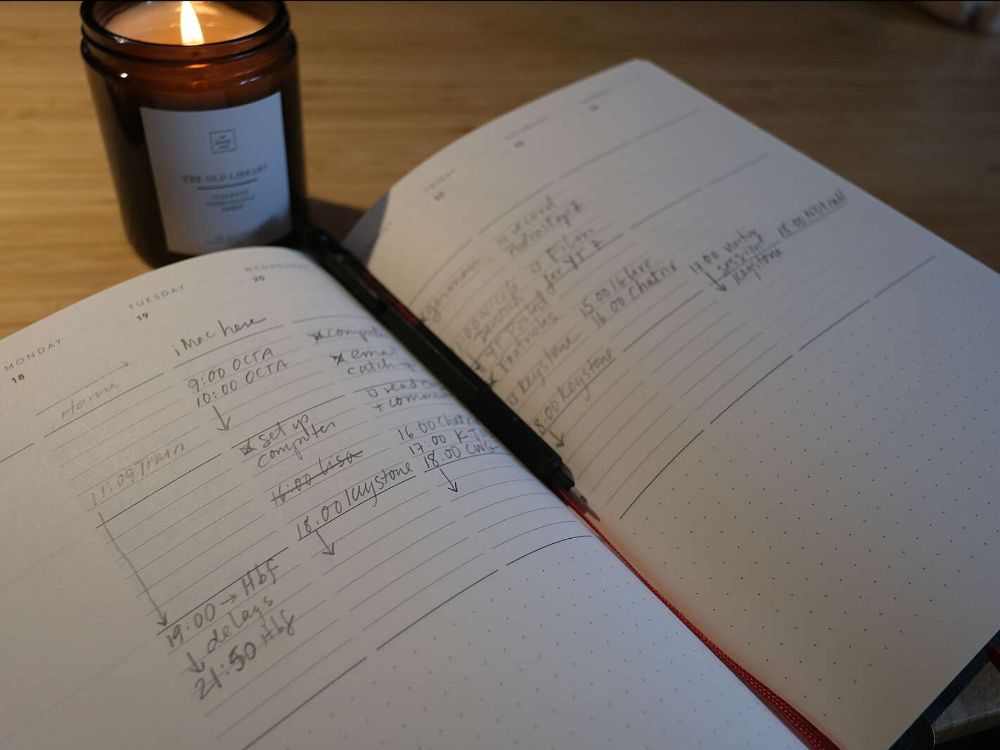 Caroline converted to the Mark+Fold Diary a few years ago, and now uses it every day to juggle the podcast, writing courses and her own writing time. 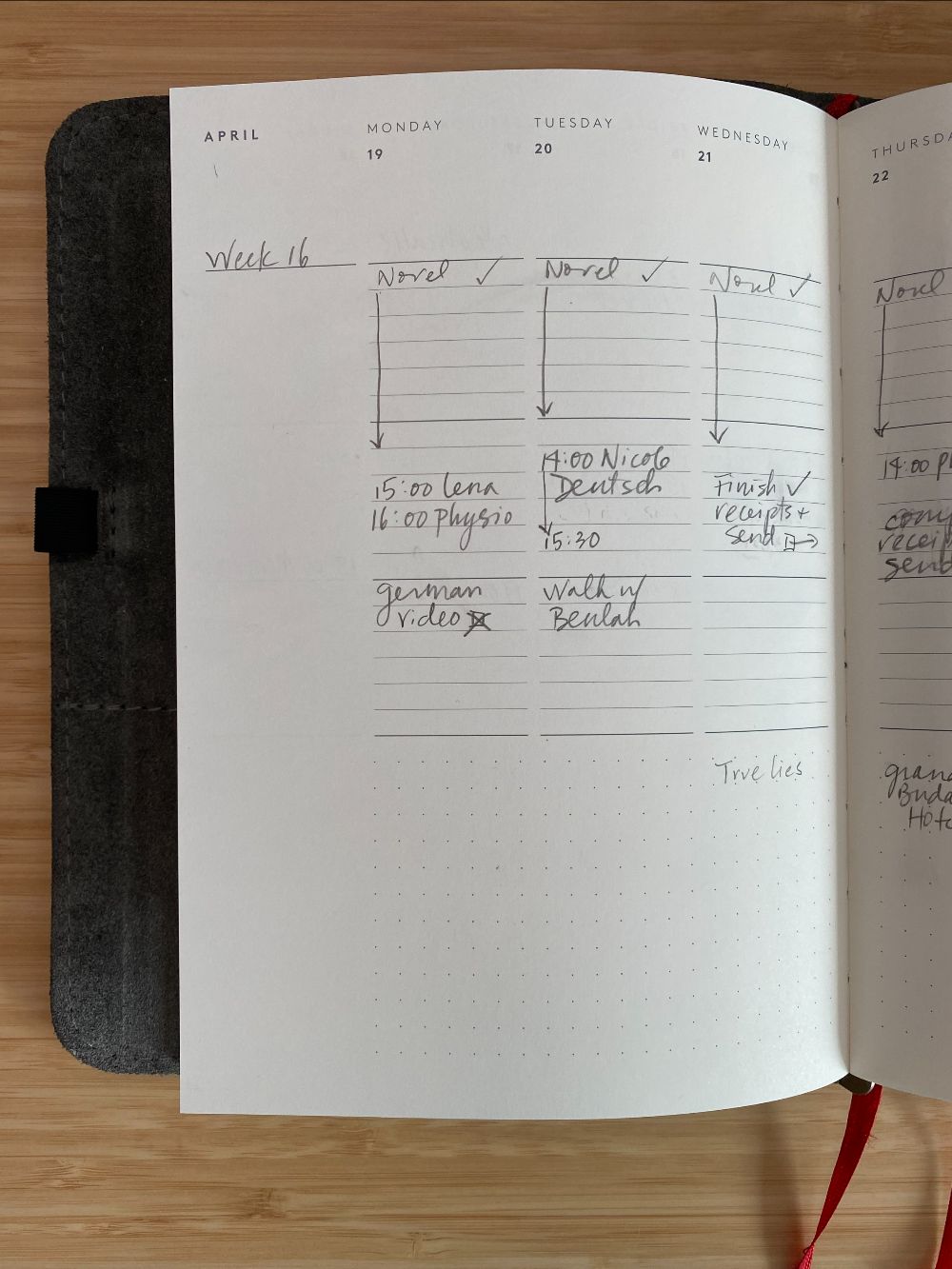 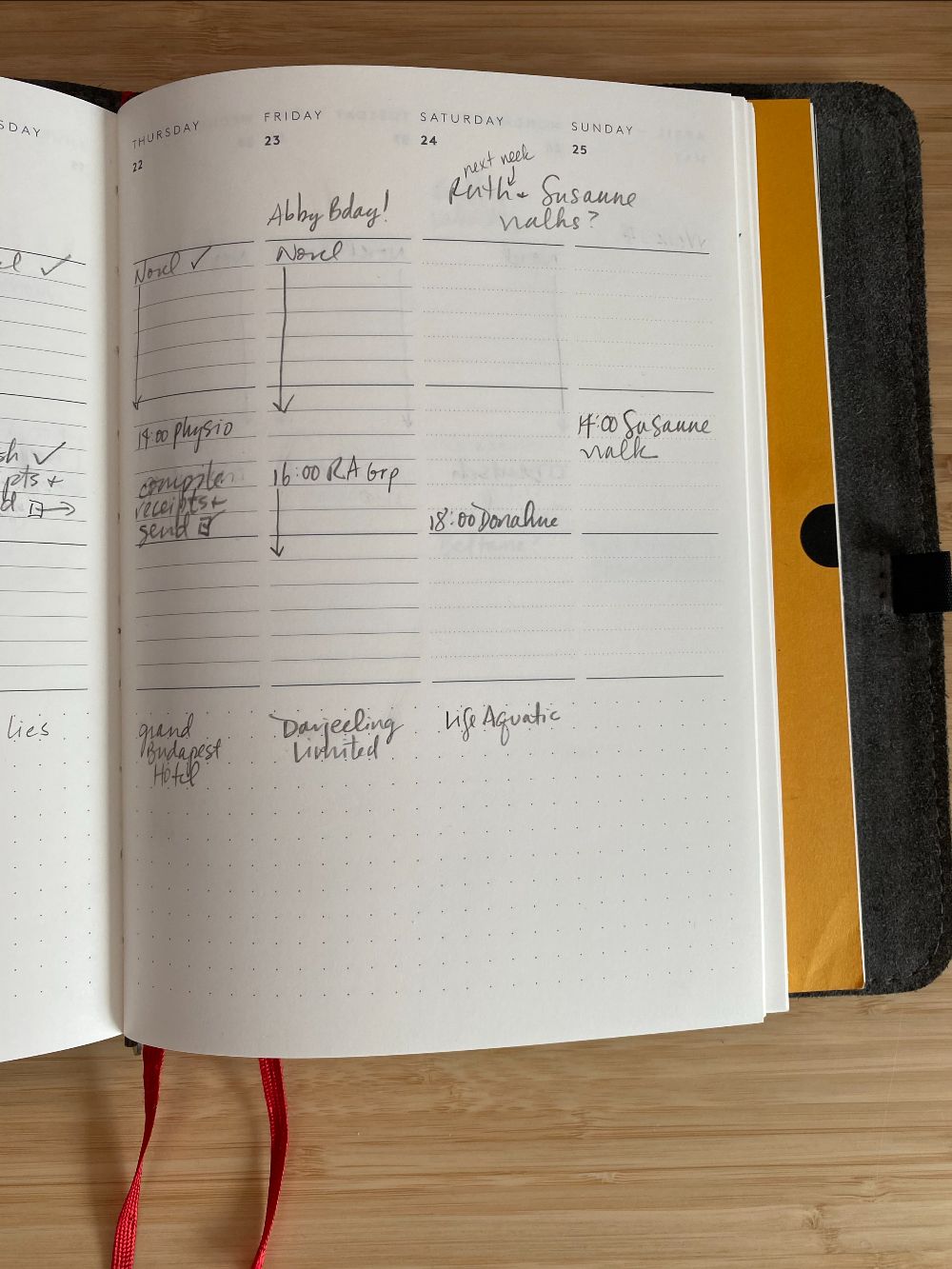 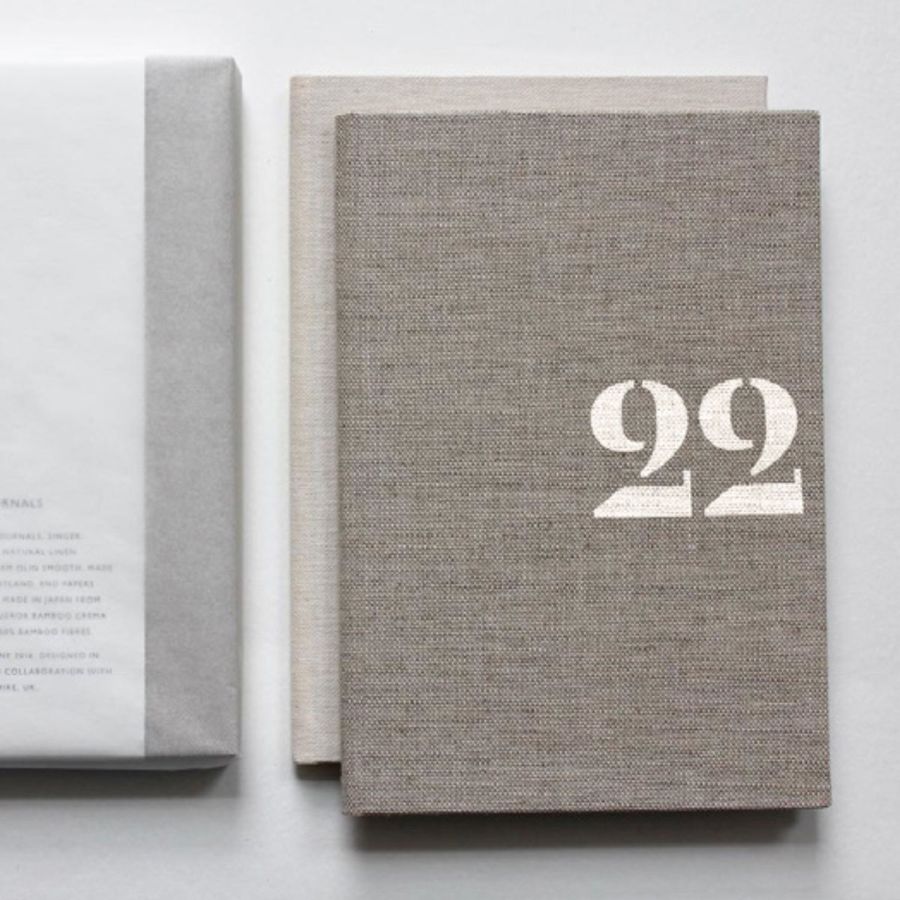 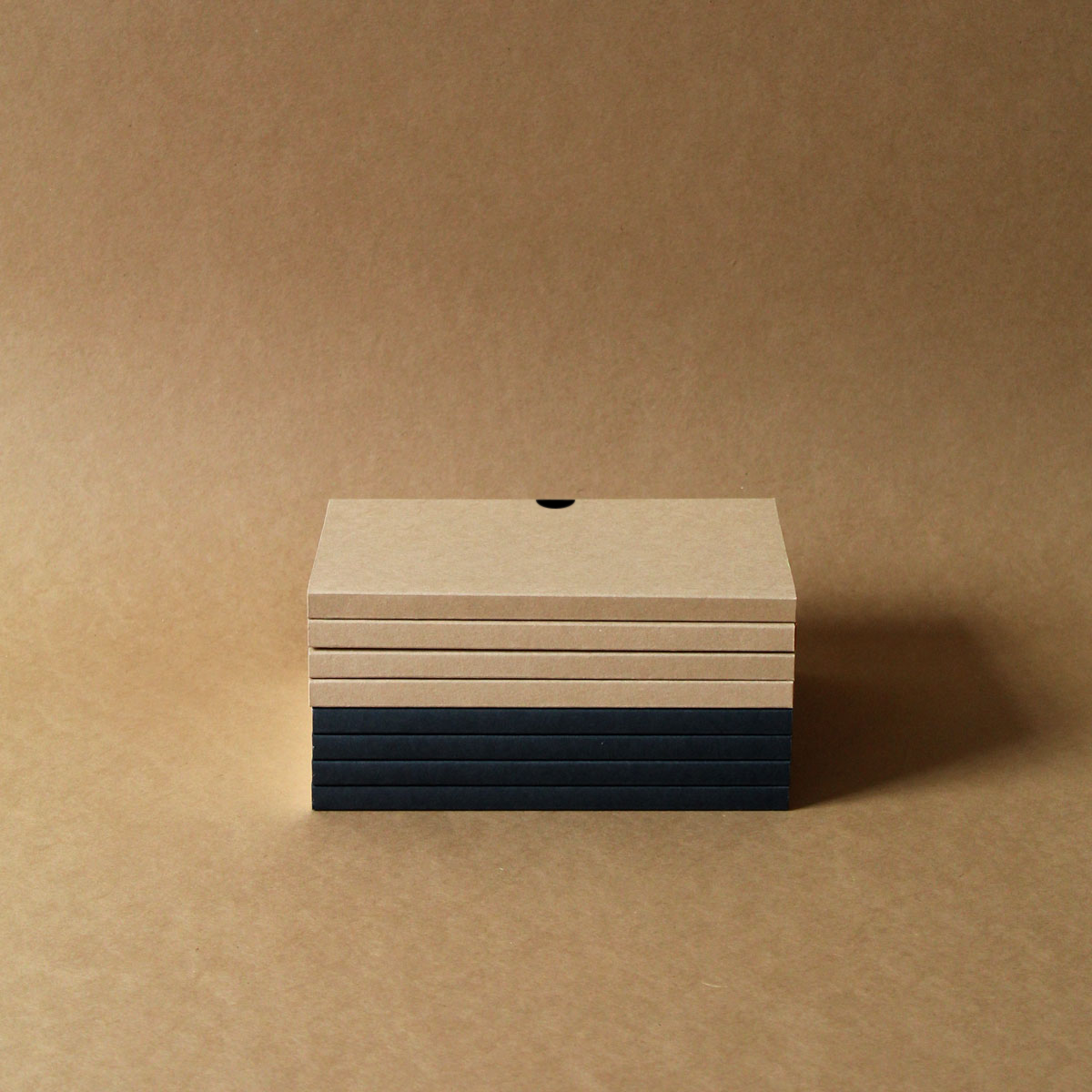 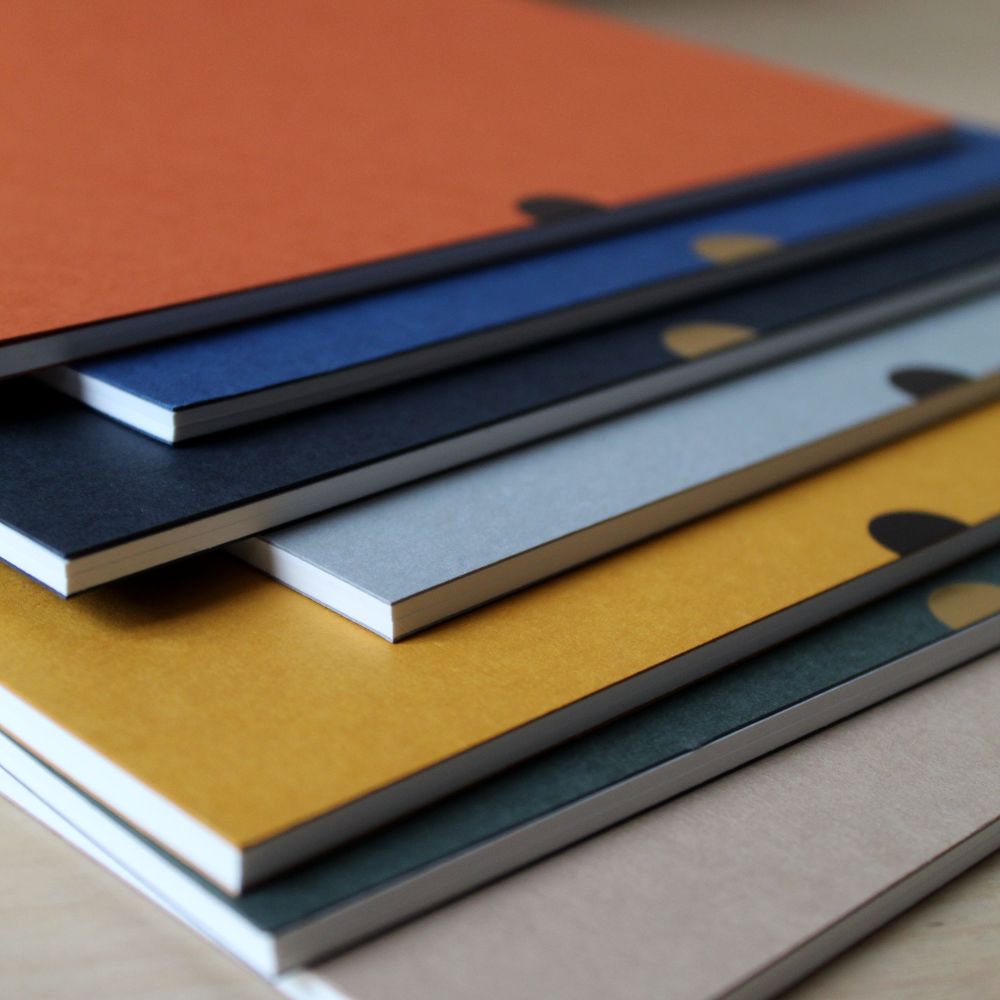 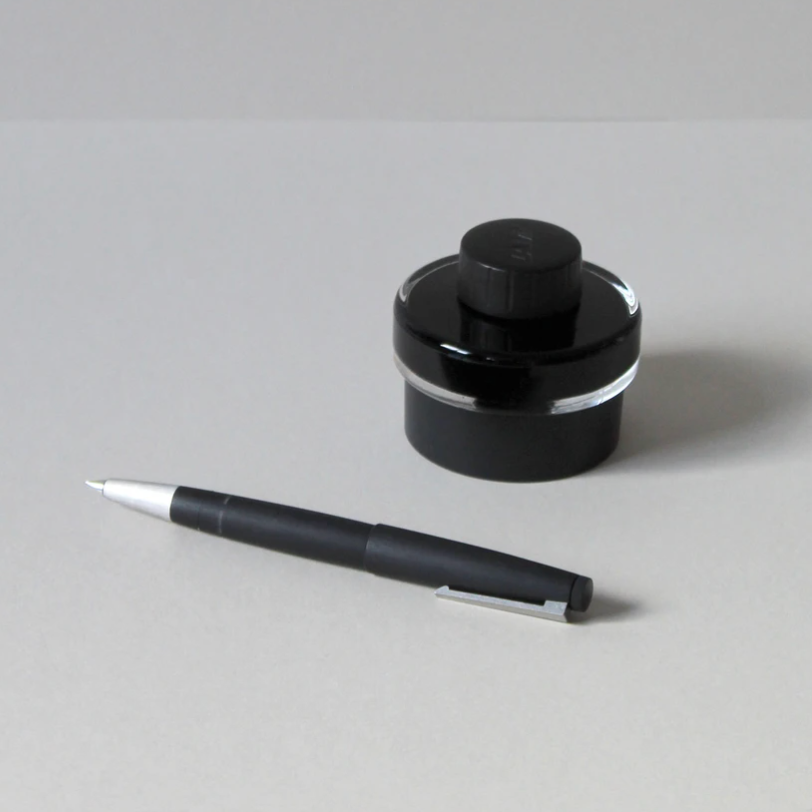